1-800-659-3607
Testimonials
I got my videos. After having dealt with another fight provider I must say that your company is MUCH better. The quality is better and the time I received them in was remarkable. I'll come here from now on for all my fights. Thanks alot!
-B.P.
Amherst, OH
DEONTAY WILDER 20 FIGHTS ON 15 BOXING DVDS
DEONTAY WILDER 17 fights on 12 boxing DVDs
CONTACT US
HOME PAGE
TRILOGY DVDS
POKER
FREE SHIPPING
SPECIAL DVD SETS
PICK A FIGHT
BOXING SCHEDULE
PAY PER VIEW BOXING

Deontay Wilder was due to make the fourth defense of his WBC heavyweight title against former WBA (Regular) champion and mandatory challenger Alexander Povetkin (30-1, 22 KOs) on May 21, 2016 at the Megasport Arena in Moscow, Russia. Povetkin was considered by many to be Wilder's toughest opponent to date, and was on a four fight knockout streak since suffering his only defeat to Wladimir Klitschko in late 2013. Wilder did not seem worried by the defense and saw this as a big name in the heavyweight division that he could add to his legacy, saying "Going to Russia is going to be nothing for me, I'm going to treat it like it's the U.S. because at the end of the day, it's one man, one ring. When I knock him out and come back, it's going to bring my legacy even bigger than it is now." He also added, "I think this is going to be an easier fight than Stiverne, I really believe that. To be proven wrong, we're going to find out." World of Boxing promoter Andrey Ryabinsky won the rights for the fight with a winning purse bid of $7.15 million, higher than the $5.1 million bid from Lou DiBella. Due to the 70-30 split, Wilder was looking at a minimum $4,504,500, a career-high payday.

However, a week before the fight on May 14, it was reported that Povetkin had tested positive for the banned substance meldonium. Promoter Andrei Ryabinsky added that Povetkin did take meldonium in 2015, but stopped before it was banned, and only "leftover traces of meldomium at a very low concentration (70 nanograms)" were found in a blood sample given by the 36 year old last month. Hours after, Wilder and his team skipped their flight to Moscow; the WBC, having little choice what with the titleholder preparing to return home, postponed the fight. Jay Deas, Wilder's manager and trainer said the fight is off as did promoter Lou DiBella. Andrey Ryabinskiy, promoter for Povetkin, claimed the fight would take place at a later date. Wilder claimed he is still interested in fighting and beating Povetkin in the future, as this was a fight he had trained hard for and was hoping to make a statement against an elite heavyweight. On February 14, 2017, Wilder won $7 million plus legal fees after taxes, in court, over the cancellation of the fight.

Following Deontay Wilder's return to the US, on May 26, former two time world title challenger Chris Arreola (36-4-1-2, 31 KOs) became the frontrunner to challenge Wilder. At the time Arreola was not ranked by the WBC because he had tested positive for marijuana after his fight against Travis Kauffman. His 90 day suspension ended in March 2016 and was likely to re-enter the WBC rankings. By June 13, the fight was confirmed and would take place on July 16, 2016 at the Legacy Arena, Birmingham, Alabama. For the fight, Wilder wore white trunks with black trim, featuring a portrait of his personal idol and late heavyweight boxing legend Muhammad Ali who had died recently. The attendance at the arena was announced as being 11,974. Wilder dominated the entire fight with his sharp jab, which caused severe swelling to Arreola's left eye. In the fourth round, Wilder connected with a heavy right cross that knocked Arreola down. After eight rounds, Arreola's cornerman informed the referee to stop the contest. After the fight, Wilder stated he had broken his right hand and torn his biceps during the fight. Wilder was ahead 80-71, 80-71, and 79-72 on the scorecards at the time of stoppage. According to CompuBox statistics, Wilder landed 152 of 246 punches (44 percent), and Arreola landed 52 of 188 (28 percent). For the fight, Wilder earned $1.4 million to $150,000 which was received by Arreola. The fight averaged 1.8 million viewers on Fox and peaked at 2.54 million viewers, with the whole telecast averaging 1.45 million viewers.

This set comes with full professional motion menus with music, chaptered rounds, complete set in chronological order on 15 high quality DVDs. Includes premium cases and artwork printed on the DVDs.
Orders are carefully packaged in boxes with bubble wrap and shipped out within 24 hours by priority mail (2-3 days). Guaranteed.
Our competitors sell sets in paper sleeves without cases and without artwork printed on the DVDs. They do not make their own custom menus but illegally copy our menus. Please reward the site that spends all the hard time to make these beautiful sets and not the sites that just copy our work.
Fights Boxing DVD 1
Deontay Wilder vs Manswell
Deontay Wilder vs McCreary
Deontay Wilder vs Price
Price $19.95
ITEM # 1565p
Price $140.00
without artwork on DVDs
with artwork on DVDs + $22
ITEM # 1565 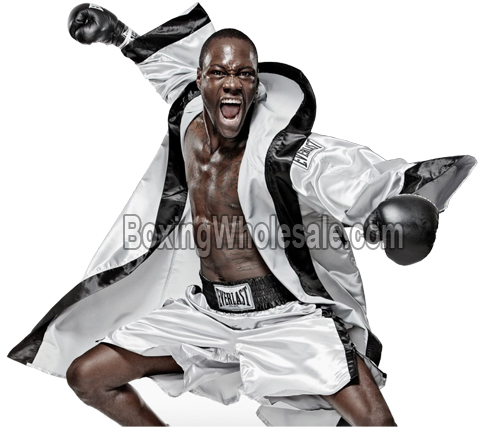