This set comes with full professional motion menus with music, chaptered rounds, complete set in chronological order on 11 high quality DVDs. Includes premium cases and artwork printed on the DVDs.
Orders are carefully packaged in boxes with bubble wrap and shipped out within 24 hours by priority mail (2-3 days). Guaranteed.
Our competitors sell sets in paper sleeves without cases and without artwork printed on the DVDs. They do not make their own custom menus but illegally copy our menus. Please reward the site that spends all the hard time to make these beautiful sets and not the sites that just copy our work.

1-800-659-3607
Testimonials
I ordered the sets of Leonard and Hagler. I watched both of these guys live back in the day. I just wanted to say that I am impressed with the DVDs themselves, but they also have beautiful covers on them. I am so excited that I can see again those fights and the ones I didn't get to see. I highly recommend these DVDs, they came on time and love seeing them.
-D. Bednar,
Peach Bottom, PA
NONITO DONAIRE 21 fights on 11 boxing DVDs
NONITO DONAIRE 21 FIGHTS ON 11 BOXING DVDS

CONTACT US
HOME PAGE
TRILOGY DVDS
POKER
FREE SHIPPING
SPECIAL DVD SETS
PICK A FIGHT
BOXING SCHEDULE
PAY PER VIEW BOXING
(Ratings are to compare sets on this web site only. You cannot compare ratings from one site to another because some sites are not honest and rate their sets higher than they should be.)
CAREER DVD SETS
1-800-659-3607 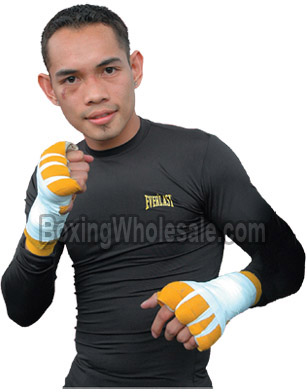 In total, Donaire has held seven world titles by the main four boxing sanctioning bodies, as well as the IBO flyweight title from 2007 to 2009; the WBA interim super flyweight title from 2009 to 2010; and the Ring Magazine and lineal super bantamweight titles from 2012 to 2013. He is popularly known as “The Filipino Flash” due to his exceptionally fast hand speed and formidable punching power.

Until he was six years of age, Donaire lived in General Santos City, South Coabato and attended the same school as the eight division world champion, Manny Pacquiao. Donaire was a child of small stature who was bullied.

Donaire’s father was an amateur boxer who competed in the US in the early 1990s. His paternal grandfather was born in Hawaii, United States and this gave Donaire US citizenship under the principle of Jus Sanguinis. In 1993, at the age of eleven, Donaire joined his father in Van Nuys, Los Angeles, California. They later lived in San Leandro, California and San Mateo County, California.

Donaire said that during his childhook he wished for more attention from his parents and, after his brother started boxing, the attention given to him. This was his reason for entering the sport of boxing at the age of eleven even though he did not enjoy it. His father supported his choice as he felt it would keep Donaire of the streets. During their younger years, Donaire and older brother, Glenn, would spar. Donaire also watched videos of his hero, Alexis Arguello, and from them he learned to throw a powerful left hook.

While enrolled at the San Lorenzo High School in San Lorenzo, California Donaire and his brother won several regional and district amateur boxing championships. In his first amateur bout, he beat his opponent with straight punches, all the while thinking that “I’m going to kill him before he kills me.” However, Donaire had little confidence until he had five professional knockout victories.

On August 8, 2008, Donaire married Rachel Marcial, a Filipino-American USA national collegiate and military Taekwondo champion in a private ceremony at Carmel, California followed by a church service in the Philippines on November 11, 2011. Donaire’s wife is a member of his team and her father is his chief of security. On July 4, 2013, Donaire’s pregnant wife was injured while saving a drowning child. She recovered and her unborn child was unharmed.

On July 31, 2007, Donaire met Philippine President Gloria Macapagal Arroyo. Donaire said the experience was, “an overwhelming feeling. It was indescribable. The moment I walked up the stairs and she was up there and when I looked it was a moment when I couldn’t even look at her face. It was a great honor.” Then, on December 1, 2007, Donaire made the first defense of his IBF title against Luis Maldonado of Mexico by a technical knockout in the eighth round. Donaire said, “I guess my validation was today but I didn’t feel my best; I felt sluggish. I didn’t have my legs. I don’t know what the problem was. I couldn’t move well so I tried to rely on my upper body movement.”