The much anticipated matchup between Judah and Tsyzu took place on November 3, 2001, at the MGM Grand in Las Vegas, Nevada for the Undisputed Light Welterweight Championship. Judah entered the fight as a 3-to-1 favorite to win. With 10 seconds left to go in round two, Tszyu landed a right hand clean on Judah’s chin and he backed away from Tszyu with his hands down. Tszyu went after Judah, throwing another right hand that landed on his chin and sent Judah crashing to the canvas. Judah jumped up instinctively and tried to signal that he was fine to referee Jay Nady, but was still dazed by the punch and fell down a second time. When Judah collapsed, Nady waved the fight over, resulting in a technical knockout victory for Tsyzu and Judah’s first professional loss.

While Tszyu celebrated in his corner, Judah was in disbelief of what just happened and became infuriated. Judah picked up his stool and hurled it towards center ring. While being restrained by his father and trainer, Yoel Judah, he broke loose and walked up to Nady and stuck his gloved fist into his neck and had to be pulled off by cornermen. A few minutes later, Jimmy Lennon Jr. announced the official decision and Judah screamed out and again had to be restrained by a growing number of security guards and cornermen. Judah was fined $75,000 and suspended for six months by the Nevada State Athletic Commission.

After defeating Omar Weis by unanimous decision in July 2002, Judah challenged DeMarcus Corley for the WBO Light Welterweight title on July 12, 2003, at the Orleans Hotel and Casino in Las Vegas. Judah knocked Corley down with a left hand in the third round en route to defeating Corley by split decision. Judah broke his left hand during the fight. In his only defense of the WBO title, Judah knocked out Jaime Rangel in the first round on December 13, 2003.

On April 10, 2004, at the Mandalay Bay Resort and Casino in Las Vegas, Judah fought Cory Spinks for the Undisputed welterweight Championship. Judah had trouble at the start figuring out how to fight Spinks, the taller fighter. He could not move forward to get inside, but was having success moving laterally. Spinks scored a knockdown in the eleventh round, but Judah came back and put Spinks down to the canvas in the final round. In the end, Spinks defeated Judah by unanimous decision with scores of 114-112 twice and 116-111.

For the rest of 2004, Judah defeated Rafael Pineda by split decision and Wayne Martell by first round technical knockout.

On February 5, 2005, Judah would get a rematch with Spinks at the Savvis Center in St. Louis, Missouri, Spinks’ hometown. The fight was the first major bout in St. Louis in more than 40 years, and it was a sellout. Judah was the aggressor throughout the fight. He knocked Spinks down to his knees at the bell in the seventh round, but it was not ruled a knockdown. Spinks had a strong start to the ninth round and connected with a left hand, then followed with a right hand and a combination, buy Judah scored a knockdown moments later. Judah pressed the attack after the first knockdown and avoided Spinkks' desperate efforts to tie him up. After Spinks was knocked down for the second time, the referee stopped the fight, and Judah became the new Undisputed Welterweight Champion. 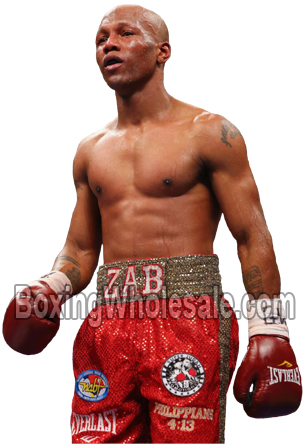 Zab Judah 39 Career Boxing Fights On 17 DVDs With Motion Menus
Overall Quality 8.5-10
(Ratings are to compare sets on this web site only. You cannot compare ratings from one site to another because some sites are not honest and rate their sets higher than they should be.)