Complete set in chronological order on 26 high quality DVDs. Includes premium cases and artwork printed on the DVDs.
Orders are carefully packaged in boxes with bubble wrap and shipped out within 24 hours by priority mail (2-3 days). Guaranteed.
Our competitors sell sets in paper sleeves without cases and without artwork printed on the DVDs. They do not make their own custom menus but illegally copy our menus. Please reward the site that spends all the hard time to make these beautiful sets and not the sites that just copy our work.

(Ratings are to compare sets on this web site only. You cannot compare ratings from one site to another because some sites are not honest and rate their sets higher than they should be.)
Price $24.95
ITEM # 1210p
Price $280.00
without artwork on DVDs
with artwork on DVDs + $31
ITEM # 1210 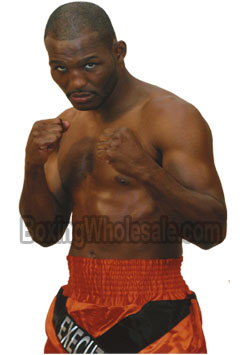 In his next fight on July 16, 2005, Bernard Hopkins lost his undisputed middleweight championship to Jermain Taylor via a split decision. Hopkins started slowly but came on strong over the final four rounds. Man press row writers scored the fight for Hopkins. Five months later, Hopkins and Taylor had a rematch, Taylor winning again, this time by unanimous decision.

Following his two losses to Jermain Taylor, Hopkins at 41 decided not to retire and made the decision to jump two weight divisions to face off against The Ring light heavyweight champion Antonio Tarver on June 10 2006. Going into the fight, Tarver was a 3-to-1 favorite and had been the first man ever to KO Roy Jones Jr. Many now placed Tarver among the sports top competitors. He was constantly ranked in the P4P rankings. However, Bernard Hopkins picked up a lopsided unanimous decision, scoring 118-109 on all three judges scorecards.

Antonio Tarver also lost a $250,000 bet with Hopkins, after he failed to stop Hopkins in the first six rounds.

On July 21, 2007, at the Mandalay Bay Resort & Casino in Las Vegas, Hopkins defended the Ring light heavyweight championship against former undisputed junior middleweight champion Winky Wright. During the weigh-in, Hopkins shoved Wright with an open-hand to the face, igniting a brawl between both fighters' entourages. Hopkins was fined $200,000 for instigating the brawl. Hopkins prevailed with a unanimous decision victory by scores of 117-111, 117-111 and 116-112.

On April 19, 2008, at the Thomas & Mack Center is Las Vegas, Hopkins lost The Ring Light heavyweight title to Joe Calzaghe via split decision (116-111 and 115-112 for Joe Calzaghe; 114-113 for Hopkinis). Hopkins started the fight well, dropping Calzaghe in the first round and using his ring savvy to confuse the challenger. Calzaghe did however quickly adapt to the style of Hopkins and caught up in the middle to later rounds using his superior hand speed and output volume, leading to a split decision win for the Welshman.

On October 18, 2008, Hopkins met middleweight champion Kelly Pavlik in a non-title fight at a catch-weight of 170 lbs. Fans and pundits alike felt that Pavlik, known for his formidable punching power, would become the first man to knock Hopkins out. Pavlik was a 4-1 betting favorite heading into the contest. On the night of the fight, Hopkins turned back  the clock to produce a performance he claimed to be the best of his career winning a unanimous decision (117-109, 119-106, 118-108) over the undefeated Pavlik. Hopkins prepared for this fight in the late summer heat at his second home, Danny Hawk's "World Famous" Normandy Gym in Miami Beach, Florida.

During the Ricky Hatton vs Manny Pacquiao media conferences before their fight on May 3, 2j009, Hopkins stated he would be "interested" in a proposed fight with British super middleweight champion Carl Froch.

The bout was supposed to be a tune-up for a scheduled March 13, 2010 rematch with Roy Jones Jr. The rematch was later postponed as a result of Jones Jr. falling to a first-round technical knockout loss to Australian Danny Green.