1-800-659-3607
Testimonials
I'll say this, your shipping on the sets I received today was excellent and your customer service has also been excellent, you guys are, barre none, the best sight on the internet to get motion menus and vhs transfers for collectors of classic fights like myself. I mean, WOW this quality is unprecedented...
P.S. THESE MENUS ARE AMAZING, POSITIVELY AMAZING!!!!!!!!!!!!!!!!!. (sorry for yelling, but this is damn fine work sir, damn fine... I am ecstatic with the quality, I haven't been this happy with a purchase since I purchased a $300 CNN Cold War documentary from a local used book store for 10 bucks, and that was years and years ago)
J. Davis
Ooltewah, TN
THOMAS HEARNS 40 fights on 12 boxing DVDs
CONTACT US
HOME PAGE
TRILOGY DVDS
POKER
FREE SHIPPING
SPECIAL DVD SETS
PICK A FIGHT
BOXING SCHEDULE
PAY PER VIEW BOXING 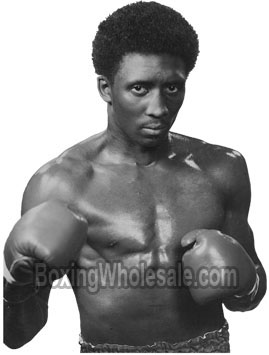 Thomas “Tommy” Hearns (born October 18, 1958) is an American former professional boxer who competed from 1977 to 2006. Nicknamed the “Motor City Cobra”, and more famously “The Hitman”. Hearns’ tall and slender build allowed him to move up over fifty pounds in his career and become the first boxer in history to win world titles in four weight divisions: welterweight, light middleweight, middleweight, and light heavyweight. By later winning a super middleweight title, he also became the first to win world titles in five weight divisions.

While remaining super-welterweight (light middleweight) champion, Hearns ventured into the middleweight division to challenge undisputed middleweight champion Marvin Hagler in 1985. Billed “The Fight” (later known as The War), this Superbout is often labeled as the three greatest rounds in boxing history. The legendary battle elevated both fighters to superstar status. Hearns was able to stun Hager soon after the opening bell, but he subsequently broke his right hand in the first round. He did, however, manage to open a deep cut on Hagler’s forehead that caused the ring doctor to consider a stoppage. The fight, however, was allowed to coninue at this point, with the ringside commentators remarking on the fact that, “the last thing Hagler wants or needs is for this fight to be stopped on a cut.” The battle did go back and forth some, but Hearns was unable to capitalize on his early successes against Hagler. As a result of breaking his right hand, Hearns began to use lateral movement and a good jab to keep Hagler at bay as best he could. This tactic worked fairly well, but in the third round Hagler staggered Hearns and managed to catch him against the ropes, where a crushing right hand by Hagler knocked Hearns down. Hearns beat the count but was clearly unable to continue and the referee stopped the fight. Despite the loss, Hearns garnered a tremendous amount of respect from fans and boxing aficionados alike. Considering the popularity of the fight and the level of competition, a rematch seemed to be a foregone conclusion but never materialized.

Hearns quickly made amends by dispatching undefeated rising star James “Black Gold” Shuler with a devastating first round knockout in 1986. One week after the fight, Shuler was killed in a motorcycle accident. Hearns presented the NABF championship belt to Shuler’s family at his funeral, saying he deserved to keep the belt as he had held it longer than Hearns.

In March 1987, Hearns scored six knockdowns of Dennis Andries to win the WBC light heavyweight title with a tenth round stoppage at Cobo Hall, Detroit, Michigan. Later that year, his four round destruction of the Juan Roldan (63-2) to claim the vacant WBC middleweight title made Hearns a four weight world champion.

In a huge upset, Hearns lost his WBC middleweight title to Iran Barkley via a third round TKO in June 1988 in a bout Ring Magazine named 1988 Upset of the Year. In November that year, Hearns returned to win another world title defeating James Kinchen (44-3) via a majority decision to win the inaugural WBO super middleweight title. Hearns became the first boxer to win a world title in five weight divisions.

Hearns had to wait until 1989 for a rematch with Sugar Ray Leonard, this time for Leonard’s WBC super middleweight title and Hearns’ WBO title. This was Hearns’s sixth Superfight, a fight which much of the public believed Hearns won, flooring Leonard in both the 3rd and 11th rounds. However, the judges cored the fight a controversial draw. Leonard later admitted that he believed Hearns had beaten him and that he was gifted the draw, stating the fighters were 1-1 in his book