(Ratings are to compare sets on this web site only. You cannot compare ratings from one site to another because some sites are not honest and rate their sets higher than they should be.)
Price $17.95
ITEM # 1185p
Price $180.00
without artwork on DVDs
with artwork on DVDs + $17
ITEM # 1185 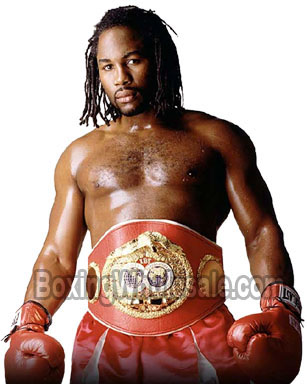 Lennox Claudius Lewis (born September 2, 1965) is a former professional boxer who competed from 1989 to 2003. He is a three time world Heavyweight champion, a two time lineal champion, and remains the last heavyweight to hold the undisputed title. Holding dual British and Canadian citizenship, Lewis represented Canada as an amateur at the 1988 Summer Olympics, winning a gold medal in the super heavyweight division after defeating future world champion Riddick Bowe in the final.

On October 31, 1992, Lewis knocked out Donovan “Razor “ Ruddock in two rounds for the number one contender’s position in the WBC ranking. It was Lewis’ most impressive win to date, and established him as one of the world’s best heavyweights. Sportscaster Larry Merchant declared, “We have a great new heavyweight.”

The win over Ruddock made Lewis the number one contender for Riddick Bowe’s heavyweight championship. Bowe held a press conference to dump his WBC title into a trash can and relinquished it to avoid a mandatory defense against Lewis. On December 14, 1992, the WBC declared Lewis its champion, making him the first world heavyweight titleholder from Britain in the 20th century.

Lewis defended the belt three times, defeating Tony Tucker, whom he knocked down for the first time in Tucker’s career, and he followed this with knockout victories over Frank Bruno and Phil Jackson. The Lennox Lewis vs Frank Bruno fight was the first time two British born boxers fought for a version of the world heavyweight title in the modern era.

Lewis lost his WBC title to Oliver McCall on September 24, 1994 in a huge upset at the Wembley Arena in London. In the second round, McCall landed a powerful right hook, putting Lewis on his back. Lewis returned to his feet at the count of six but stumbled forward into the referee in a daze. Referee Jose Guadalupe Garcia felt Lewis was unable to continue and ended the fight, giving McCall the title by technical knockout. Lewis and others argued the stoppage was premature and that a champion should be given the benefit of the doubt. In spite of the Lewis camp protests, Boxing Monthly editor Glynn Leach pointed out that Lewis “only seemed to recover his senses once the fight was waved off”, and that “in the opinions of everyone I spoke to at ringside, the decision was correct.”

After the fight, Lewis decided he needed a new trainer to replace Pepe Correa, who had become increasingly difficult to work with. Correa denounced Lewis in public after being fired. Renowned trainer Emanuel Steward, who had been McCall’s trainer during their fight, was Lewis’ choice. Even before the fight with McCall, Steward had seen much potential in Lewis and immediately expressed a desire to work with him. He corrected several of Lewis’ technical flaws, which included maintaining a more balanced stance, less reliance on his straight right hand, and a focus on using a strong, authoritative jab; the latter of which would become a hallmark of Lewis’ style throughout the rest of his career. Their partnership lasted until Lewis’ retirement, both having mutual praise and respect for each other to this day.