1-800-659-3607
Testimonials
I'll say this, your shipping on the sets I received today was excellent and your customer service has also been excellent, you guys are, barre none, the best sight on the internet to get motion menus and vhs transfers for collectors of classic fights like myself. I mean, WOW this quality is unprecedented...
P.S. THESE MENUS ARE AMAZING, POSITIVELY AMAZING!!!!!!!!!!!!!!!!!. (sorry for yelling, but this is damn fine work sir, damn fine... I am ecstatic with the quality, I haven't been this happy with a purchase since I purchased a $300 CNN Cold War documentary from a local used book store for 10 bucks, and that was years and years ago)
J. Davis
Ooltewah, TN
JOE LOUIS 38 fights on 9 boxing DVDs
JOE LOUIS 38 FIGHTS ON 9 BOXING DVDS
CONTACT US
HOME PAGE
TRILOGY DVDS
POKER
FREE SHIPPING
SPECIAL DVD SETS
PICK A FIGHT
BOXING SCHEDULE
PAY PER VIEW BOXING
Fights Boxing DVD 1
Joe Louis vs Rampage
Joe Louis vs Carnera (silent)
Joe Louis vs Carnera
Joe Louis vs Levinsky

(Ratings are to compare sets on this web site only. You cannot compare ratings from one site to another because some sites are not honest and rate their sets higher than they should be.)
Price $17.95
ITEM # 1180p
Price $180.00
without artwork on DVDs
with artwork on DVDs + $17
ITEM # 1180 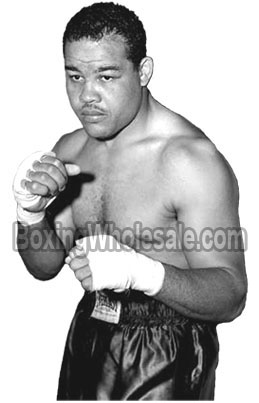 Joseph Louis Barrow (May 13, 1914 – April 12, 1981), best known as Joe Louis. Louis had 69 professional fights with only three losses. He tallied 52 knockouts and held the championship from 1937 to 1949, the longest span of any heavyweight titleholder. After returning from retirement, Louis failed to regain the championship in 1950, and his career ended after he was knocked out by Rocky Marciano in 1951. The man who had been called the Brown Bomber was finished.

Louis’s amateur performances attracted the interest of professional promoters, and he was soon represented by a black Detroit area bookmaker named John Roxborough. As Louis explained in his autobiography, Roxborough convinced the young fighter that white managers would have no real interest in seeing a black boxer work his way up to title contention.

Roxborough knew a Chicago area boxing promoter named Julian Black who already had a stable of mediocre boxers against which Louis could hone his craft, this time in the heavyweight division. After becoming part of the management team, Black hired fellow Chicago native Jack “Chappy” Blackburn as Louis’s trainer. Louis’ initial professional fights were all in the Chicago area, his professional debut coming on July 4, 1934, against Jack Kracken in the Bacon Casino on Chicago’s south side. Louis earned $59 for knocking out Kracken in the first round. $59.00 in 1934 is equivalent to 1,098.77 in 2016 dollars. Louis won all 12 of his professional fights that year, 10 by knockout.

In September 1934, while promoting a Detroit area “coming home” bout for Louis against Canadian Alex Borchuk, Roxborough was pressured by members of the Michigan State Boxing Commission to have Louis sign with white management. Roxborough refused and continued advancing Louis’s career with bouts against heavyweight contenders Art Sykes and Stanley Poreda.

When training for a fight against Lee Ramage, Louis noticed a young female secretary for the black newspaper at the gym. After Ramage was defeated, the secretary, Marva Trotter, was invited to the celebration party at Chicago’s Grand Hotel. Trotter later became Louis’s first wife in 1935.

During this time, Louis also met Truman Gibson, the man who would become his personal lawyer. As a young associate at a law firm hired by Julian Black, Gibson was charged with personally entertaining Louis during the pendency of business deals.

Although Louis’ management was finding him bouts against legitimate heavyweight contenders, no path to the title was forthcoming. While professional boxing was not officially segregated, many white Americans had become wary of the prospect of another black champion in the wake of Jack Johnson’s highly unpopular (among whites) “reign” atop the heavyweight division. During an era of severe anti-black repression, Jack Johnson’s unrepentant masculinity and marriage to a white woman engendered an enormous backlash that greatly limited opportunities of black fighters in the heavyweight division. Black boxers were denied championship bouts, and there were few heavyweight black contenders at the time, though there were African Americans who fought for titles in other weight divisions, and a few notable black champions, such as Tiger Flowers. Louis and his handlers would counter the legacy of Johnson by emphasizing the Brown Bomber’s modesty and sportsmanship. Biographer Gerald Astor stated that “Joe Louis’ early boxing career was stalked by the specter of Jack Johnson”.