1-800-659-3607
Testimonials
I just wanted to let you know how pleased I am with the product and with your amazing service. Your company was a real lifesaver, my son was so thrilled.
-C. Diaz
Oak Creek, CO
KEITH THURMAN 13 fights on 9 boxing DVDs
CONTACT US
HOME PAGE
TRILOGY DVDS
POKER
FREE SHIPPING
SPECIAL DVD SETS
PICK A FIGHT
BOXING SCHEDULE
PAY PER VIEW BOXING

On October 12, 2013 it was announced that Thurman would make his first defence of the Interim title on the Broner vs Maidana WBA world title fight on December 14 against battle tested Jesus Soto Karass (28-8-3, 18 KOs) at the Alamodome in San Antonio, Texas. Soto Karass was coming off a stunning knockout victory over former champion Andre Berto ad was deemed to be a difficult opponent. After a slow start Thurman took over the fight in the middle rounds as he floored Soto Karass in the fifth round before landing a brutal combination in the ninth round sending Soto Karass to the canvas for a second time in the fight and stopping him. Thurman was ahead on all the cards (79-72, 78-73 & 80-71) and turned another strong performance. Thurman boxed patiently, cautiously and smartly, pacing himself and respecting Soto Karass’ hadn power despite Soto Karass’ lack of hand speed. With many prospects and potential good mat-ups at welterweight, Thurman claimed he wasn’t afraid to lose and wanted to fight the best. Golden Boy promoter Richard Schaefer said, “The Broner-Maidana winner is a possibility. There are so many great match-ups, but he is certainly right there at the very top of the 147 pound weight class.”

On March 25, 2014 it was confirmed that Thurman would fight veteran Mexican boxer and former IBF lightweight champion Julio Diaz (40-9-1, 29 KOs) at the StubHub Center in Carson, California on April 26. ESPN announced the fight would take place on Showtime. Thurman defeated Diaz to retain his Interim WBA title. Diaz was forced to take a knee in round 2 following a left hook to his head. Boos were heard around the arena as Diaz failed to come out of his corner for round 4. It was believed that Diaz was hurt badly with a body shot. Diaz praised Thurman after the fight and said, “I’ve been a two time world champion. I’ve never given up in a fight. I’m human. (Thurman) has some power. That’s how boxing is.” Thurman mentioned then-titleholder shawn Porter as a potential opponent. Thurman received a $600,000 purse for the fight.

Thurman’s trainer, Dan Birmingham confirmed that Thurman would next defend his title on the undercard of Khan vs Alexander on December 13 at the MGM Grand Arena in Las Vegas against 40 year old undefeated Italian boxer Leonard Bundu (31-0-2, 11 KOs). The fight was originally set to take place at the Mandalay Bay Events Center. Prior to the fight, Thurman vowed to stop Bundu, who was the current European welterweight champion, having held the title since 2012. Thurman was taken the distance for only the third time in professional career, dropping Bundu in the opening round and going on to win a clear decision (120-107, 3 times). Bundu’s awkward style saw Thurman on the back foot for majority of the fight, which drew boos from the crowd. At the weigh in before the fight, Thurman called out Floyd Mayweather Jr., however after the fight, he called out Marcos Maidana, who was sitting at ringside. Thurman stated after the fight that he was happy to have gone the distance and blamed ring rust.

On January 28, 2015 Thurman was elevated to the full WBA welterweight championship.

On January 14, 2015 Al Haymon announced that Thurman would fight 31 year old former world champion Robert Guerrero (32-2-1, 18 KOs) on March 7 at the MGM Grand in Las Vegas. The two boxers were supposed to fight one another in 2013, but negotiations fell through. Thurman started the fight off aggressively and dominated early on. During the bout there was some exciting exchanges between Guerrero and Thurman, although Thurman won most of those exchanges and able to outbox Guerrero rather easily for most of the fight. 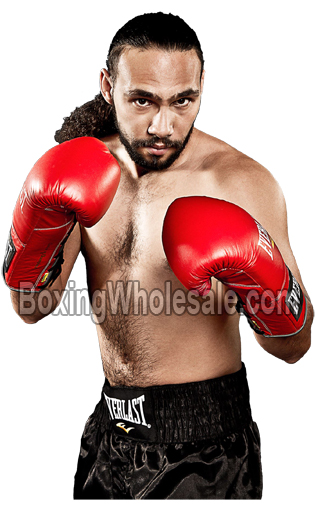