1-800-659-3607
Testimonials
I would like to thank you for actually having the Rocky Marciano career set I purchased today. I have looked high and low for it with no luck, until today.
-J. Vega
Bismark, ND
DIEGO CORRALES 23 fights on 9 boxing DVDs
DIEGO CORRALES 23 FIGHTS ON 9 BOXING DVDS
CONTACT US
HOME PAGE
TRILOGY DVDS
POKER
FREE SHIPPING
SPECIAL DVD SETS
PICK A FIGHT
BOXING SCHEDULE
PAY PER VIEW BOXING

(Ratings are to compare sets on this web site only. You cannot compare ratings from one site to another because some sites are not honest and rate their sets higher than they should be.)
Price $19.95
ITEM # 1040p
Price $180.00
without artwork on DVDs
with artwork on DVDs + $19
ITEM # 1040 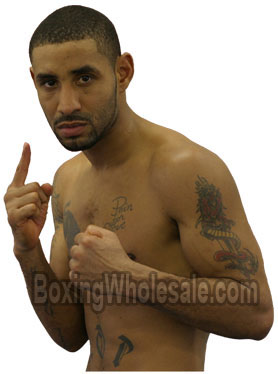 Diego Corrales, nicknamed "Chico", was born in Columbia, South Carolina and moved around the country with his teenage mother Olga. He was three years old when Olga found a permanent home in Sacramento and then meeting her soon to be husband Ray Woods. Growing up in the Oak Park area, Diego was a feisty boy who was very talkative and personable, Chico wasn't afraid to try anything, including boxing.

He became interested in boxing at four years old, and with the help of Ray, he quickly developed good skills. He tried other sports and participated in football and track and field but was too small. At age 10 he began going to the Police Athletic League Gm and he quickly flourished under Ray's guidance. Finding an individual sport suited Diego just find as he could garnish all the attention.

He had his first amateur fight at age 11 and it was evident he had superior skills for a boy his age.

Despite a rough childhood which included getting into a lot of trouble, Diego was forced to turn into a man as a teenager. He began training at the Washington Neighborhood Center unter the direction of Don Connolly. He began to thrive and was developing into a top amateur fighter. As an amateur, Diego compiled a record of 105-12 and took second place at the U.S. Amateur Championships and was a bronze medalist in the 1995 Pan American Games.

Rated by many as one of the greatest bouts of all time was his May 7th, 2005 10th round knockout victory over Jose Luis Castillo for the The World Lightweight Championship. Though Corrales twice came off the canvas to knock Castillo out, in the same round, that result is tempered by the fact that after each knockdown, Corrales, while on his feet, intentionally spit his mouth piece out. On both occasions the referee had to halt the action, however brief, to put Corrales' mouthpiece back in and order points deducted from Corrales' scorecard, giving Corrales additional time to recover before scoring his improbable knockout.

The two men just kept trading heavy punches, round after round, but neither man went down. It immediately became clear to the spectators that this was going to be a great fight, but few knew just how great it'd be.

Corrales needed a Hail Mary, and he got one, Corrales tried to finish the fight, but then Corrales landed a picture-perfect punch that rocked Castillo, Sensing the opportunity, Corrales swarmed Castillo and knocked him out for good. This back-and-forth, comeback win ultimately made this fight the best fight of the century, according to CBS Sports.

A fight that good deserved a rematch, and a few months later, they got one. The two men fought the same way in the rematch, according to CBS Sports, but Castillo got the better of Corrales and knocked him out in the fourth round. That said, this wasn't a really fair fight as Castillo had missed weight. In fact, the two men were scheduled to fight again for a third time, but Castillo missed weight again.

Corrales didn't want to fight Castillo with a weight disadvatage, so the trilogy fight was canceled. Still, since Castillo missed weight, he didn't win the title after knocking Corrales out. But that didn't stop Corrales from fighting and losing to other boxers. Corrales fought two more times after his second fight with Castillo, and he lost both times.

Then, tragically, during the two-year anniversary of this great bout, Corrales was involved in an accident while riding his motorcycle. This accident took his life. He was only 29 year old.