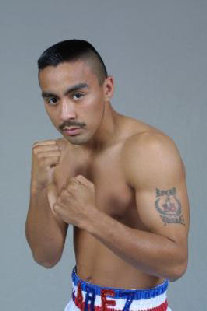 Complete set in chronological order on 13 high quality DVDs. Includes premium cases and artwork printed on the DVDs.
Orders are carefully packaged in boxes with bubble wrap and shipped out within 24 hours by priority mail (2-3 days). Guaranteed.
Our competitors sell sets in paper sleeves without cases and without artwork printed on the DVDs. They do not make their own custom menus but illegally copy our menus. Please reward the site that spends all the hard time to make these beautiful sets and not the sites that just copy our work.

(Ratings are to compare sets on this web site only. You cannot compare ratings from one site to another because some sites are not honest and rate their sets higher than they should be.)
Price $19.95
ITEM # 900p
Price $199.00
without artwork on DVDs
with artwork on DVDs + $18
ITEM # 900

Ricardo “Rocky” Juarez (born April 15, 1980) was known over his career for his aggressive fighting style and incredible durability; in 11 defeats he was never stopped. Five time world title challenger Rocky Juarez will go down as one of the finest fighters of his generation not to win a belt, but he was so much more than a nearly man.

Born Ricardo Juarez in Houston, Texas, on April 15, 1980, he was the youngest of six children and grew up in the tough North Central neighborhood in Houston.

His grandfather had been a boxer in Mexico and taught him the basics but, at that time, he just fought with his friends on the block and gravitated towards baseball.

“I never felt I was better at boxing than baseball,” Juarez told a reporter. “I had put more years into baseball and I was doing pretty well. I had made the All Stars and won a few MVP’s. I preferred boxing because it was more of a one-on-one sport than baseball which is a team sport.”

Juarez went on to enjoy a stellar amateur career. He was selected to represent the USA at the 1997 World Championships and was the youngest member of the squad. Despite losing in the opening round, the experience helped prepare him for the same tournament two years later and this time it was hosted in his home city.

While still in school, Juarez went on to win gold in front of his friends and family in Houston.

“It was a very proud moment,” he said. “The assistant principal was a big fan of mine and filled two or three school buses and they came to the final.

“I remember warming up and looking at the crowd and seeing the colors of my school, the cheerleaders, the pompoms. It was great.”

The following year, Juarez traveled to Sydney, Australia for the 2000 Olympics. He won his first four bouts en route to the final, procuring a 68 fight win streak.

In the final, however, Juarez lost to Bekzat Sattarkhanov, dropping a 22-14 decision. The Houston native remains philosophical about that setback.