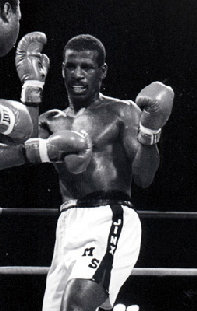 (Ratings are to compare sets on this web site only. You cannot compare ratings from one site to another because some sites are not honest and rate their sets higher than they should be.)
Price $19.95
ITEM # 880p
Price $180.00
without artwork on DVDs
with artwork on DVDs + $18
ITEM # 880

Meanwhile, the fight all the fans wanted was being asked for by boxing critics and magazine editors, too. On March 18, tow months after his wife’s death, Spinks and Qawi met in a boxing ring for the undiputed light heavyweight championship. The fight was broadcast by HBO World Championship Boxing, and, according to the book The Ring: Boxing the 20th Century, Spinks had a very tough moment to overcome before it even started: His daughter asked him, while he was in his dressing room, if her mother would come to watch the fight. After breaking into tears he composed himself and dominated the fight with his jab and plenty of strategic hooks and crosses. He repeatedly stopped Qawi in his tracks over the first 11 rounds but cautiously waited for Qawi to come out of his crouched defense to resume his assault. Qawi scored a knockdown in round eight. The official scores were 144-140, 144-141 and 144-141, all for Spinks, who was not the undisputed world Light Heavyweight champion, He defended the title one more time before the end of the year, against Oscar Rivadeneira in Alaska, whom he beat by a ten-round knockout.

Spinks fought only once in 1984, retaining his crown with a twelve round majority decision over Eddie Davis. He and Qawi were only a couple of weeks away from fighting a rematch in September of that year, but that fight got called off when Qawi was injured during training. Spinks also was recognized as IBF Light Heavyweight champion in 1984.

In 1986, Spinks and Holmes fought a rematch as part of the heavyweight unification series, and had nearly the same result, this time Spinks winning by a 15 round split decision. After that, he retained the world heavyweight championship once again, by a knockout in four against Steffen Tangstad.