Testimonials
Thank you so much for sending my order so quickly. I still can't believe I received it ony 2 days after I ordered it... I will definitely be ordering from you again.
-T. Wright
Fort Smith, AR

(Ratings are to compare sets on this web site only. You cannot compare ratings from one site to another because some sites are not honest and rate their sets higher than they should be.)
Price $19.95
ITEM # 875p
Price $100.00
without artwork on DVDs
with artwork on DVDs + $10
ITEM # 875 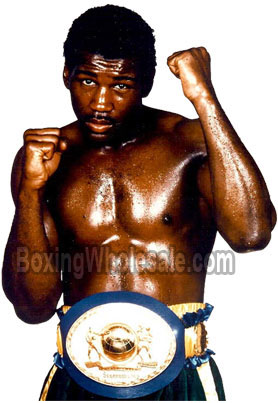 Matthew Saad Muhammad (born 16 June, 1954. In his first title defense, Saad Muhammad met former world champion John Conteh in Atlantic City. He retained the world title with a 15 round decision. The decision, however, was voided and a rematch ordered because Muhammad’s cornermen used an illegal substance to stop the bleeding from a cut. Muhammad retained the crown with a knockout in round four in the second bout. After defeating Louis Pergaud, he and Lopez met again, this time, with the world title on the line. Their rematch has also been shown by ESPN’s classic network several times, it was the fight of the year for 1980, according to Ring Magazine, and is still written about by boxing aficionados. Saad Muhammad was hit with 20 unanswered blows in round eight, but he recovered and dropped Lopez five times en route to a 14th round knockout win. “This was my toughest fight,” said Saad Muhammad of the fight, which some consider the closest Lopez ever came to a world title.

He then went on to defeat Lottie Mwale, Vonzell Johnson, future world Super-Middleweight champion Murray Sutherland and Jerry Martin, all in defense of his world title, before losing to Dwight Muhammad Qawi in December 1981. In yet another fight that would later be shown on ESPN’s classic network, Saad Muhammad lost his title when Qawi knocked him out in 10 rounds.

From there on until 1992, Saad Muhammad fought sporadically and with limited success. He had been confronting vision problems, and in 1986, he declared himself in bankruptcy. He did, however, fight in many countries around the world between the moment he lost the rematch to Qawi and the moment he retired for good. Among those countries were Australia, Spain, The Bahamas and Trinidad and Tobago.

Saad Muhammad also took a turn in the forerunner of mixed martial arts in Japan, participating in the first UWF International (UWFi) event in 1991. Matched against Kiyoshi Tamura, Saad Muhammad talked a great deal at a lead-in press conference. He declined to say in which round he would knock Tamura out, but guaranteed a victory. Tamura submitted Saad Muhammad 34 seconds into the first round.

Saad Muhammad retired from professional boxing with a record of 49 wins, 16 losses and 3 draws, with 35 wins by knockout.

In 1998, he became a member of the International Boxing Hall of Fame.

Muhammad trained up and coming fighters out of Atlantic City, New Jersey and worked closely with former Indian Olympic boxing team heavyweight Gurcharan “The Guru” Singh. Singh was scheduled to fight in Slough’s Montem Lesiure Centre, England in October 2006 and was accompanied by Saad Muhammad, however due to injury to Singh’s knee he was unable to fight.