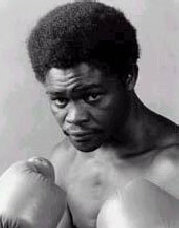 Complete set in chronological order on 10 high quality DVDs. Includes premium cases and artwork printed on the DVDs.
Orders are carefully packaged in boxes with bubble wrap and shipped out within 24 hours by priority mail (2-3 days). Guaranteed.
Our competitors sell sets in paper sleeves without cases and without artwork printed on the DVDs. They do not make their own custom menus but illegally copy our menus. Please reward the site that spends all the hard time to make these beautiful sets and not the sites that just copy our work.

1-800-659-3607
Testimonials
I just wanted to let you know how pleased I am with the product and with your amazing service. Your company was a real lifesaver, my son was so thrilled.
-C. Diaz
Oak Creek, CO
AZUMAH NELSON 25 FIGHTS ON 10 BOXING DVDS
AZUMAH NELSON 25 fights on 10 boxing DVDs
CONTACT US
HOME PAGE
TRILOGY DVDS
POKER
FREE SHIPPING
SPECIAL DVD SETS
PICK A FIGHT
BOXING SCHEDULE
PAY PER VIEW BOXING
Fights Boxing DVD 1
Azumah Nelson vs Sanchez
Azumah Nelson vs Cortez

(Ratings are to compare sets on this web site only. You cannot compare ratings from one site to another because some sites are not honest and rate their sets higher than they should be.)
Price $18.95
ITEM # 780p
Price $200.00
without artwork on DVDs
with artwork on DVDs + $16
ITEM # 780

Among his Accolades are gold medals at the All-Africa Games and Commonwealth Games, three World Boxing Champion titles in two weight classes, and being crowned by the World Boxing Council as the greatest super-featherweight boxer of all time. during his career, Nelson fought a total of 47 fights and won 39.

Born July 19 1958, in Accra, Ghana, as the first of six children, Samuel Azumah Nelson spent his childhood at Timber Market, which he described as an "overcrowded market made up of people of different tribes, low-cost, self-constructed huts, and wood and metal." His father, Emmanuel Teilo Nelson, was a tailor, and his mother, Madam Comfort Atswei Quarcoo, was a trader in Timber Market.

Nelson began working at an early age to help support his family. While working at Timber Market, he came across a boy who practiced boxing and decided to learn the sport.

Today Nelson is married and has six children. He is the founder of Azumah Nelson foundation, which supports under-privileged youth through sports and education, and Azumah Nelson Boxing Promotions, which organizes the boxing event Azumah Nelson Fight Night, bringing together the best boxers from Ghana and other countries.

Nelson said in FamilySearch's blog post: "It is very important for us to know that even with our different genealogy, we are part of the same global family. If only we can remind ourselves ha regardless of political affiliation, race, tribe, gender, country and faith, we all belong to one big family of God, I believe the world will be a beautiful place to live in."