(Ratings are to compare sets on this web site only. You cannot compare ratings from one site to another because some sites are not honest and rate their sets higher than they should be.)
Price $19.95
ITEM # 615p
Price $240.00
without artwork on DVDs
with artwork on DVDs + $22
ITEM # 615 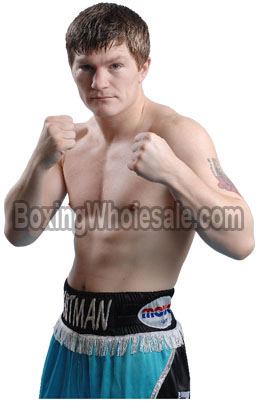 Richard John Hatton (born 6 October 1978) On 26 November 2005, Hatton won the WBA Light Welterweight title when he defeated Carlos Maussa in the ninth round of a unification bout. In December, Hatton was named the 2005 Ring Magazine Fighter of the Year.

Hatton relinquished his IBF belt on 29 March 2006 after refusing to fulufil a mandatory defence against number one conternder Naoufel  Ben Rabah because he intended to move up to the welterweight class. Hatton signed a three fight contract with Dennis Hobson's fight academy after splitting from long time promoter Frank Warren. The three fights would take place in the United States.

Hatton moved up a division to meet American Luis Collazo for the WBA Welterweight Championship crown which took place on 13 May 2006. Hatton won the WBA crown from Collazo but struggled. Hatton started  well, knocking Collazo down in the very first few seconds of the first round, but it turned out to be one of the toughest fights of his career, with some boxng analysts claiming Collazo won the fight, although many thought Hatton had done enough early on to secure victory, with the knockdown a pivotal point in the fight.

Hatton's first fight back at light welterweight was against then IBF Light Welterweight Champion Juan Urango for his title and the vacant IBO Light Welterweight title on 20 January 2007 in Las Vegas, Nevada. Hatton's promoter, Dennis Hobson, stated that the impetus for moving back down was to set up a fight with Jose Luis Castillo, a fighter who nearly beat Foyd Mayweather Jr. at lightweight in 2002. Hatton ended up winning a 12 round unanimous decision against Urango to re-capture the IBF Light Welterweight title. He won all but one round on all three judges' scorecards. Castillo, who was on the undercard, also won (via split decision), setting up their long-awaited fight.

Hatton was forced to relinquish his IBF title again on 10 February to be able to fight Castillo. The fight was held on 23 June 2007, at the Thomas & Mack Center in Paradise, Nevada. In round four, Hatton landed a "perfect" left hook to the liver, which put Castillo to the canvas. Hatton later claimed that 4 of Castillo's ribs were broken with this one punch. Unable to stand up, Castillo was counted out for the first time in his career.

Hatton agreed to terms of 27 July for an 8 December 2007 weterweight fight with Floyd Mayweather Jr. which was considered to be the biggest welterweight fight since the 1999 clash between Oscar De La Hoya and Puerto Rican legend Tito Trinidad. The MGM Grand Garden Arena in Las Vegas was announced as the venue on 17 August 2007. The fight was agreed to less than three months after Mayweather has said he planned to retire following a victory over Oscar De La Hoya. Hatton was able to bring the fight to Mayweather in the early rounds. In the 1st round, Hatton caught Mayweather with a left jab which knocked Mayweather offf balance. His constant pressure appeared to make Mayweather uncomfortable at first. In the third round, Mayweather landed a right that cut Hatton above the right eye. In round six, referee joe Cortez took a point away from Hatton after he appeared to hit Mayweather on the back of the head while Mayweather was rested between the ropes. However, the punch was revealed to have hit the rope rather than Mayweather's head.