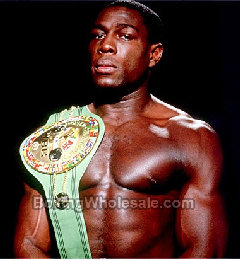 (Ratings are to compare sets on this web site only. You cannot compare ratings from one site to another because some sites are not honest and rate their sets higher than they should be.)
Price $19.95
ITEM # 365p
Price $180.00
without artwork on DVDs
with artwork on DVDs + $14
ITEM # 365

Media coverage of Frank Bruno's problems raised controversy, the principal accusations being gross intusion and insensititivy. Particular criticism was aimed at The Sun, whose headline in the first editions the next day read "Bonkers Bruno Locked Up". Second editions retracted the headline and attempted to portray a more sympathetic attitude towards Bruno and mental health in general. As an attempt at atonement, the paper established a charity fund for people suffering from mental illness, although some mental health charities condemned The Sun's latter action that dday a being grossly cynical in the light of the former. On 24 February 2008, Bruno offered his support to former footballer Paul Gascoigne, who on 21 February had been sectioned under the Mental Health Act. Bruno also spoke on his own personal experiences in the mental health system at a conference run by Hari Sewell, on 22 June 2009. Bruno was sectioned again in 2012 and taken to St Andrew's Hospital in Northamton for five weeks. In December 2013, Bruno spoke to the Daily Mirror in support of their mental health campaign, stating: "Mental illness is a terrible thing to have to cope with but I've learnt it's a fight you can win if you live your life the right way".

In December 2005, Bruno announced that he was to become a father for the fourth time since finding new romance with old friend Yvonne Clydesdale. The pair, who first met five years previously at a health resort, began dating months after bumping into each other at a win bar near his home. Yvonne gave birth to baby Freya on 10 May 2006. On 10 October 2006, Bruno and Clydesdale were jointly awarded $50,000 damages for libel against The People newspaper and publishers MGN in respect of false claims made about their relationship. In 2006, Bruno published an autobiography Frank: Fighting Back. It won the Best Autobiography category of the British Sports Book Awards. As of May 2012, Bruno was living in Glasgow with his new hairdresser girlfriend, Nina Coletta in the Gorbals area of the city.

Bruno has joined the Get Close and Personal Platform to raise funds to support The Frank Bruno Foundation, dedicated to improving the mental health of men around the world. Frank offers 1-1 Video Calls with anybody wanting to discuss issues related to mental health and Frank's own journey.

Bruno's image was enhanced by his relationship with the BBC boxing commentator Harry Carpenter which, in their many interviews, was generated Bruno's best-known and most-quoted phrases "Know what I mean, Harry?" His appearances on Comic Relief programs in the early 1980s and his frequent appearances thereafter on television and on stage (in pantomime).
Frank Bruno vs Mulendva
Frank Bruno vs Allen
Frank Bruno vs LeDoux
Frank Bruno vs Cummings
Frank Bruno vs Santemore
Frank Bruno vs Figueroa
Frank Bruno vs Rodriguez
Frank Bruno vs Eklund
Frank Bruno vs Frazier
In 1991, he opened "The Ultimate" at Lightwater Valley which was, at the time, the longest roller coaster in the world. He described the ride "scarier than Mike Tyson". In 1993, Bruno briefly appeared as a guest on CITV's Finders Keepers hosted by Neil Buchanan. The episode aired on Tuesday 30 March that year. He was the subject of a This is Your Life program in 1993 when he ws surprised by Michael Aspel. In 1995, the year of his world championship, he released a cover version of "Eye of the Tiger", the theme song of the movie Rocky III. It reached #28 in the UK charts. In 1999, he featured on the celebrity special in the second season of Fort Boyard.

In January 2001, prior to that year's general election, Bruno announced that he wanted to stand as the Conservative candidate in the traditionally safe Conservative seat of Brentwood and Ongar against the independent Member of Parliament, Martin Bell. His proposed slogan was "Don't be a plank, vote for Frank!". However, this idea was quickly dismissed by Conservative Central Office. In an interview with BBC Sport at the time, Bruno laughed at the story and denied he had any intention of standing. In 2006, he was one of a number of celebrities who were recorded on the World Cup song, "Who Do You Think You Are Kidding Jurgen Klinsmann?" On 15 August 2009, he appeared on The Weakest Link beating Duke McKenzie in the final for $12,800. He had a small role in the 2008 British crime drama Cass. Bruno made brief guest appearances in episodes of the ITV comedy show, Harry Hill's TV Burp in February and October 2011. On 21 April 2011, Bruno appeared on the ITV! chat show The Alan Titchmarsh Show, where he was candid about his previous health issues. In 2011, he made a guest appearance in Sooty. On 20 April 2012, Bruno was featured in the ITV series Piers Morgan's Life Stories.

He supports West Ham United F.C. whilst also having an affinity for the Scottish team, Aberdeen F.C. Bruno completed the 2011 London Marathon which is the third marathon he has run successfully. He has also run numerous half marathons. He is also a patron for The Shannon Bradshaw Trust, a children's charity. Bruno regularly makes personal appearances and also sells autographed items of memorabilia. On 23 July 2013, Bruno was featured in the BBC Three documentary with his daughter Rachel in Rachel Bruno: My Dad and Me.

In 2020 amid the COVID-19 crisis Frank Bruno joined a supergroup of celebrities called The Celebs which included Kellie Shirley and X Factor winner Sam Bailey to raise money for both Alzheimer's Society and Action for Children. They recorded a new rendition of "Merry Christms Everyone" by Shakin' Stevens and it was released digitally on 11 December 2020 on independent record label Saga Entertainment. The music video debuted exclusively on Good Morning Britain the day before release. The song peaked at number two on the iTunes pop chart.