Complete set in chronological order on 4 high quality DVDs. Includes premium cases and artwork printed on the DVDs.
Orders are carefully packaged in boxes with bubble wrap and shipped out within 24 hours by priority mail (2-3 days). Guaranteed.
Our competitors sell sets in paper sleeves without cases and without artwork printed on the DVDs. They do not make their own custom menus but illegally copy our menus. Please reward the site that spends all the hard time to make these beautiful sets and not the sites that just copy our work.

1-800-659-3607
Testimonials
I just wanted to thank you for the wonderful customer service I received from your company last week regarding my order... The fast delivery allowed me to receive my set before the big fight. Thanks for a wonderful shopping experience.
-S. Conner
Gifford, OR
BOB FOSTER 14 fights on 4 boxing DVDs
BOB FOSTER 14 FIGHTS ON 4 BOXING DVDS
CONTACT US
HOME PAGE
TRILOGY DVDS
POKER
FREE SHIPPING
SPECIAL DVD SETS
PICK A FIGHT
BOXING SCHEDULE
PAY PER VIEW BOXING
Fights Boxing DVD 1
Bob Foster vs Tiger
Bob Foster vs DePaul
Bob Foster vs Kendall

(Ratings are to compare sets on this web site only. You cannot compare ratings from one site to another because some sites are not honest and rate their sets higher than they should be.)
Price $16.95
ITEM # 920p
Price $80.00
without artwork on DVDs
with artwork on DVDs + $13
ITEM # 920 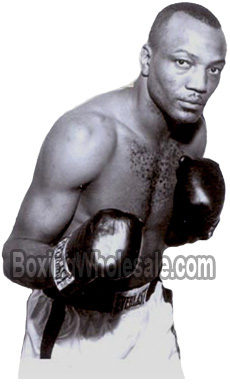 Robert Wayne Foster was born in Borger, TX, Dec. 15, 1938. He grew up in Albuquerque and played football at Albquerque High School. After Air Force service, he boxed as an amateur before turning pro in 1961.

After Bob Foster defeated Hal Carroll by a knockout in four rounds to defend his crown, the WBA stripped him of the title, but he was still recognized by the WBC as a champion. Foster became enraged at the WBA, which proceeded to have Vicente Rondon of Venezuela and Jimmy Dupree fight for the world title. Rondon won, becoming the second Latin American world light-heavyweight champion (after Jose Torres), and Foster set his eyes on him. Foster went on defending his WBC title, and he defeated challengers Ray Anderson, Tommy Hicks, and Brian Kelly. Of those three, it was Anderson who was the only one to last the 15 round distance with Foster.

Standing 6-foot-3, the big-punching Foster had a record of 56 wins, eight losses and one draw, with 46 knockouts. He won the light heavyweight title in 1968 when he stopped Dick Tiger in the fourth round of a fight at Madison Square Garden. It was the only time Tiger was knocked out in his career.

Two years later, Foster moved up to heavyweight to challenge Frazier for the title. The fight was a mismatch, with Frazier stopping Foster at 49 seconds of the second round.

Foster regained his 175-pound title in his next fight, but in 1972, he fought again as a heavyweight, meeting Ali at a Lake Tahoe casino. Again Foster was overmatched, with Ali knocking him down seven times before the fight was stopped in the eighth round.

Foster made 14 successful title defenses before retiring as champion in 1974. He returned a year later and retired for good in 1978 after being knocked out in his last two fights. In 1994, ring Magazine named him the third-greatest light heavyweight ever.

Foster was the Boxing Writers Association of America's fighter of the year in 1968, edging Frazier in a close vote. He was inducted into the International Boxing Hall of Fame's first class in 1990.

In December 1973, Foster drew international headlines when he defended his title against Pierre-Fourie, a South African, in what was widely promoted as the first interracial professional boxing match in apartheid-era South Africa. Foster had successfully battled Fourie in Albuquerque but agreed to a rematch.

The American was greeted by throngs of black supporters at the airport in Johannesburg and went on to outpoint his opponent.

But many blacks were reportedly infuriated that Foster did not use the victory to address the injustice of the apartheid system.

"I'm here for a fight," he said at the time. "I'm here to keep my title. I'm not here for politics. You get too involved with politics, you can forget what you came for."

He kept his title after a draw against Jorge Ahumada of Argentina in 1974 and retired. While still boxing, Foster began his career with the Bernalillo County Sheriff's Department.