CONTACT US
HOME PAGE
TRILOGY DVDS
POKER
FREE SHIPPING
SPECIAL DVD SETS
PICK A FIGHT
BOXING SCHEDULE
PAY PER VIEW BOXING
(Ratings are to compare sets on this web site only. You cannot compare ratings from one site to another because some sites are not honest and rate their sets higher than they should be.)
This set comes with full professional motion menus with music, chaptered rounds, complete set in chronological order on 6 high quality DVDs. Includes premium cases and artwork printed on the DVDs.
Orders are carefully packaged in boxes with bubble wrap and shipped out within 24 hours by priority mail (2-3 days). Guaranteed.
Our competitors sell sets in paper sleeves without cases and without artwork printed on the DVDs. They do not make their own custom menus but illegally copy our menus. Please reward the site that spends all the hard time to make these beautiful sets and not the sites that just copy our work.
Price $19.95
ITEM # 300p
Price $120.00
without artwork on DVDs
with artwork on DVDs + $11
ITEM # 300 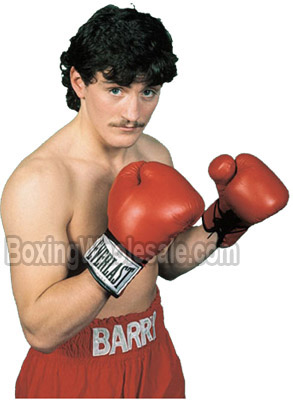 McGuigan's popularity transcended the sport of boxing and his fights became family occasions, uniting people across sectarian and religious divides during a troubled time in the country's political history. A Catholic, Barry married his Protestant childhood sweetheart, Sandra Mealiff in 1981. An Irishman, he fought for the British Title, his boxing shorts the colors of the United Nation's Flag of Peace and rather than an anthem his father sang 'Danny Box' on many emotionally charged occasions before a fight.

For almost 20 ears now, McGuigan has been commentating and writing on boxing and has developed into one of the leading figures of the sport.

He has been writing a successful weekly column for the Daily Mirror for over 10 years, considered to be the No1 boxing column each week. He has commentated throughout the world; in the USA for Prime Network, in Asia for star TV in Europe with Euro Sport and in the UK for BBC, Sky, Screen Sport, Setanta, Wire TV and ITV He is also President and Founder of the Professional Boxing association (PBA), and organization set up to protect the interests and promote education and skills development for professional boxers.

e collaborated with the twice Academy Award nominated film director Jim Sheridan and Academy Award winner Daniel Day Lewis to make the movie 'The Boxer' which was inspired by his life. As well as training Day Lewis over a two year period McGuigan choreographed and edited all the boxing scenes for the Golden Globe nominated movie. His role as a trainer has continued and he has coached his youngest son Shane to National Titles in England and Ireland.

In 2007 Barr won the ITV prime-time show 'Hell's Kitchen' where, under the tutelage of world-renewed chef Marco Pierre White, he discovered his culinary talents and won himself a new generation of fans along the way. He also recently presented a cooking show "The Fabulous Food Adventure" in Northern Ireland with the chef and author Jenny Bristow.

In November 2009 McGuigan launched the inaugural "Barry McGuigan Boxing Academy". The intention of the academy is to use the skill and discipline required in boxing to promote and deliver an environment where young people can excel in their academic and sporting goals; positively encouraging students who feel disengaged to stay in or return to education and help raise standards in post 16 academic achievement. A great success, it is moving into two further colleges in September 2010 with a number of additional colleges sowing a keen interest.

Engaging and intelligent, McGuigan's heritage and incredible career during the most difficult of circumstances make him a renowned and much sought after speaker