1-800-659-3607
Testimonials
I just wanted to let you know how pleased I am with the product and with your amazing service. Your company was a real lifesaver, my son was so thrilled.
-C. Diaz
Oak Creek, CO
ANDRE WARD 34 fights on 17 boxing DVDs
CONTACT US
HOME PAGE
TRILOGY DVDS
POKER
FREE SHIPPING
SPECIAL DVD SETS
PICK A FIGHT
BOXING SCHEDULE
PAY PER VIEW BOXING

(Ratings are to compare sets on this web site only. You cannot compare ratings from one site to another because some sites are not honest and rate their sets higher than they should be.)
Price $19.95
ITEM # 165p
Price $140.00
without artwork on DVDs
with artwork on DVDs + $22
ITEM # 165 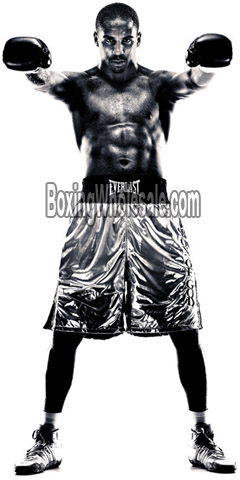 Andre Michael Ward (born February 23, 1984) is an American former professional boxer who competed from 2004 to 2001. He retired with an undefeated record and held multiple world titles in two weight classes, including the unified WBA (Super), WBC, Ring magazine, and lineal super middleweight titles between 2009 and 2015; and the unified WBA (Undisputed), IBG, WBO, and Ring light heavyweight titles between 2016 and 2017. During his reign as light heavyweight champion, Ward was ranked s the world's best active boxer, pound for pound, by The Ring magazine and Transnational Boxing Rankings Board (TBRB), as well as the world's best active boxer in the division by The Ring, the TBRB, and BoxRec. As of January 2022, Box Rec ranks Ward as the twelfth greatest fighter of all time, pound for pound.

As an amateur, Ward won a gold medal in the light heavyweight division at the 2004 Olympics and turned professional later that year. He rose to worldwide prominence upon entering the Super Six World Boxing Classic tournament in 2009, where he won the WBA (Super) super middleweight title from Mikkel Kessler in the opening group stage. In 2011, Ward defeated WBC champion Carl Froch in the tournament final to unify the titles, as well as winning the vacant Ring and lineal titles. That same year, Ward was named Fighter of the Year by the Ring and the Boxing Writer's Association of America. He later won The Ring's Comeback of the Year award in 2016 following a long period of sporadic in-ring activity between 2012 and 2015. Ward was inducted into the international Boxing Hall of Fame as part of the Class of 2021 his first year of eligibility.

In January 2010 Jermain Taylor announced his exit from Showtime's Super Six World Boxing Classic tournament. The Ring Top 10 ranked super-middleweight Allen Green (25-1, 18 KOs) was selected as his replacement and challenged Andre Ward on June 19. Ward, defending the WBA super middleweight title, outclassed an opponent who spent most of the fight with his back against the ropes. Ward defeated Green by unanimous decision on June 19, 2010. Though the 30-year-old gamely fought on, the knockout he needed to win never appeared remotely likely and he looked a spent man by the end as he picked up the second loss of his 31fight pro career. Throughout the fight, Ward out landed Green by nearly 200 punches. All three judges scored the fight lop-sided 120-108 for Ward, who said post-fight of his win, "This means a lot to me. Couldn't get caught up in the first defense too much mentally. Now that it's over with, I'm ecstatic I was able to defend this belt one time. I feel like a real champion now." Ward stated his only regret was that he wasn't able to stop Green, who turned up to survive. Ward advanced to the semi-finals.

Ward was exempt from the final preliminary fight in the Super Six because he had already secured a number one position in the elimination rounds and his designated opponent (Andre Dirrell) had dropped out of the tournament. Dirrell's trainer and uncle Leon Lawson Jr., told ESPN that Dirrell had neurological problems. Instead, Ward successfully defended his WBA super middleweight title, unanimously outpointing another top 10 ranked super middleweight, Sakio Bika (28-4-2), in front of a sparse crowd at Oracle Arena on Saturday night. Fighting in front of his hometown crowd as part of a dual-site co-main event, Ward didn't land many big shots but repeatedly hit Bika with a stinging left jab that the challenger was unable to counter. Ward won all 12 rounds on one judges scorecard and was ahead 118-110 on the other two. Bika landed 201 of the 612 punches (33%), but Ward was more precise with his shot's landing 235 of 398 (59%). Ward later admitted it was his toughest fight to date, since he became professional.