This set comes with full professional motion menus with music, chaptered rounds, complete set in chronological order on 6 high quality DVDs. Includes premium cases and artwork printed on the DVDs.
Orders are carefully packaged in boxes with bubble wrap and shipped out within 24 hours by priority mail (2-3 days). Guaranteed.
Our competitors sell sets in paper sleeves without cases and without artwork printed on the DVDs. They do not make their own custom menus but illegally copy our menus. Please reward the site that spends all the hard time to make these beautiful sets and not the sites that just copy our work.

1-800-659-3607
Testimonials
I appreciate the service that I received from you guys... I found a new place to shop for my boxing fights. Thank you very much!!!
M. Grant,
Billings, MT
ARCHIE MOORE 15 fights on 6 boxing DVDs

CONTACT US
HOME PAGE
TRILOGY DVDS
POKER
FREE SHIPPING
SPECIAL DVD SETS
PICK A FIGHT
BOXING SCHEDULE
PAY PER VIEW BOXING
(Ratings are to compare sets on this web site only. You cannot compare ratings from one site to another because some sites are not honest and rate their sets higher than they should be.)
Price $19.95
ITEM # 625p
Price $120.00
without artwork on DVDs
with artwork on DVDs + $13
ITEM # 625 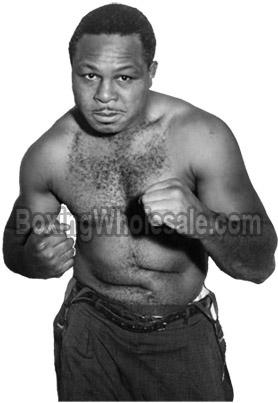 1952 was one of the most important years in Archie Moore's life. After beating Johnson, heavyweight contenders Jimmy Slade, Bob Dunlap, and Clarence Henry and light heavyweight Clinton Bacon (knocked out in four in a rematch), Moore was finally given an opportunity at age 3 to fight for the title of World Light Heavyweight Champion against future IBHOF honoree Joey Maxim. Maxim had just defeated the great Sugar Ray Robinson by a technical knockout in 14 rounds, forcing Robinson to quit in his corner due to heat exhaustion Against Maxim, Moore consistently landed powerful right hands, hurting him several times en route to a fifteen-round decision. After sixteen long years, he had finally achieved his dream. The next year, Moore won all nine of his bouts, including a 10-round, non-title win against then fringe heavyweight contender Nino Valdez of Cuba and a 15-round decision over Maxim in a rematch to retain the belt. He made two more bouts in Argentina before the end of the year.

In 1954, he had only four fights, retaining the title in a third fight with Maxim, who once again went the 15 round distance, and versus Johnson, whom he knocked out in 14. He also beat highly ranked heavyweight Bob Baker. In 1955, Moore again beat Valdez, who by that time was the no. 1 heavyweight contender, and defended against Bobo Olson, the World Middleweight Champion and future Hall of Famer who was coming off a decision victory over Joey Maxim, by a knockout in three.

"The Mongoose" received two cracks at the heavyweight championship of the world. On September 21, 1955, Moore faced future Hall of Famer Rocky Marciano at New York's Yankee Stadium. It was in this fight Archie came closest to wearing the belt. A Moore surprise right hand in the 2nd round sent Marcino down for the second and final time in his career, setting the stage for a legendary battle, but also creating controversy as far as shared memory. In subsequent years Moore made much of Referee Harry Kessler's handling of the pivotal moment. A half-decade on, in Archie's autobiography, The Archie Moore Story (1960), he describes in detail the referee, though Rocky arose at "two", continuing a superfluous mandatory eight-count: "...Kessler went on, three, four. The mandatory count does not apply in championship bouts (1955)...My seconds were screaming for me to finish him and I moved to do so, but Kessler...carefully wiped off Rocky's gloves, giving him another few seconds...he gave him a sort of stiff jerk, which may have helped Rocky clear his head." Moore admits to being angry enough at what he saw as interference he went recklessly, "blind and stupid with rage", going for the knockout, toe-to-toe. This resentment toward referee Kessler appears only to have grown more entrenched. By the time of a recorded interview with Peter Heller, in October, 1970 Archie had this to say: "(Kessler) had no business refereeing that match because he was to excitable. He didn't know what to do...He grabbed Marciano's gloves and began to wipe Marcianos gloves and looks over his shoulder..I'll never forget it. It cost me the heavyweight title."

This grudge, however, was not mutual. In his own autobiography, Harry Kessler indeed recounts Marciano-Moore with a great excitement, frequently employing exclamation marks in his punctuation, going so far as a direct comparison to the donnybrook between Jack Dempsey and Luis Firpo. Yet, the third man is evenhanded in his praise, taking time over most of a chapter on the bout, to laud Moore. His praise for Moore include the following quotes: "Archie had exuded a stalwart confidence from his training camp..." "Archie Moore had more punches in his arsenal than Robin Hood and all his Merry Men had arrows in their quivers..." "Archie Moore was probably as sure a fighter as ever set foot in the ring..." "No one ever questioned Arche Moore's courage...". As for the knockdown, described here also in detail, Kessler offers  perspective directly contradicting Moore's saying "I didn't bother to wipe Marciano's gloves on my shirt before I waved them back to combat; that early in the drama, there was no resin on the canvas." As opposed to any blind rage, Kessler states that "Archie hesitated a couple of seconds before he came in." With humor and without malice, Kessler even recounts the 38-year-old Moore poo-pooing any talk of retirement at the postfight press conference, then sitting in on bass fiddle at a hotspot in Greenwich Village until 5 A.M.!

Examination of the original, uncut closed circuit broadcast from 1955, shows no excesses in referee involvement. Marciano arises at "two", but the voice of Al Berl, assigned the counting for knockdowns, continues to "four". In harmony with Archie's further 1960 description, Marciano has moved to the ropes and rests an elbow. Moore is already moving toward him. Kessler flashes onscreen quickly, then away again, as though he had meant to separate the fighters. He is perpendicular to Marciano's chest, and his right hand waves rapidly near Rocky's left glove. Kessler reverses out as fast as he has come into frame, with no wiping of Marciano's gloves, and the action resumes. Marciano recovered, and went on to knock Moore down five times, finally knocking him out in the ninth to retain the belt. It was Marciano's sixth and last title defense, before retiring in 1956.