Sergey Kovalev
WBO light heavyweight champion
Kovalev vs. Cleverly
On 17 August 2013 Kovalev fought Nathan Cleverly for the WBO light heavyweight title. Cleverly, as champion, was given the underdog status by bookmakers. The official press conference took place on 9 July. Kovalev, who knocked out most of his opponents within three rounds, came out throwing heavy shots in the first round, hurt Cleverly badly in the third round, dropping him twice and nearly finishing him off. Kovalev picked things right back up in the fourth, throwing bombs to send Cleverly down for a third time and the referee waved things off. This was the first time Cleverly had been knocked down as a professional.

Title defences
On 30 November 2013, Kovalev had his first defense of the WBO light heavyweight title against #15 WBO Ismayl Sillakh (21-1, 17 KO’s). The fight took place on the undercard of Adonis Stevenson’s WBC title defence against Brit Tony Bellew at the Colisee de Quebec in Quebec City, Canada. Kovalev found the timing early in round two and in the same round finished Sillakh with a huge left. Sillakh beat the count, but visibly hurt, Kovalev immediately pounced on Sillakh, flooring him a second time, ending the fight. The fight averaged 1.25 million viewers on HBO.

Main Events announced on 11 February 2014, that Kovalev would make his second defence against undefeated contender Cedric Agnew (26-0, 13 KOs) on 29 March at the Adrian Phillips Ballroom at Boardwalk Hall in Atlantic City. Although Agnew was not known to many boxing fans at the time, he held victories over Yusaf Mack, Daniel Judah and Otis Griffin. The fights drew a near sell-out of 2,416 fans. Agnew’s movement gave Kovalev difficulty at times, and he found himself unable to land the concussive shots for which was known. Agnew however, simply fought to survive and committed very little to his own offense. Ultimately in the seventh round, Kovalev landed a vicious jab to Agnew’s liver that put him down for the count. En route to the finish, Agnew was dropped three times. It was a conclusion many expected, although Kovalev was cut around both eyes and was forced to go past the fourth round for the first time in seven fights, dating back to 2011. After the fight, Kovalev, like most interviews, was asked about Stevenson, he replied, “I don’t want to speak on Adonis Stevenson. Adonis Stevenson is a piece of shit. Oh, sorry for my English. He ran from me. I don’t worry. I will have another opponent. I didn’t think about Adonis at all.” The fight drew 1,006,000 viewers on HBO and peaked at 1,048,000 viewers. Although the figures were down from Kovalev vs Killakh bout, this fight went head to head with Wisconsin edging Arizona, 64-63 to reach the Final Four of the NCAA’s college basketball tournament. The match went on to be the largest ever for a college basketball game on cable television at the time with an average 9.9 million viewers. 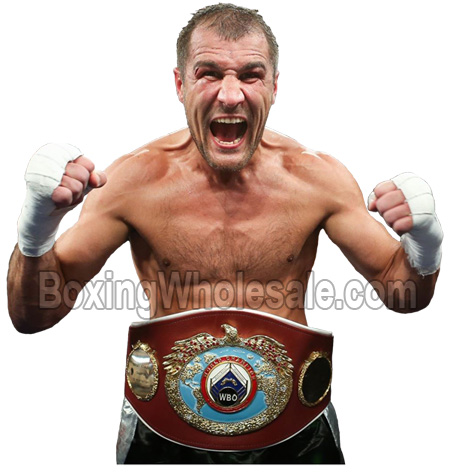